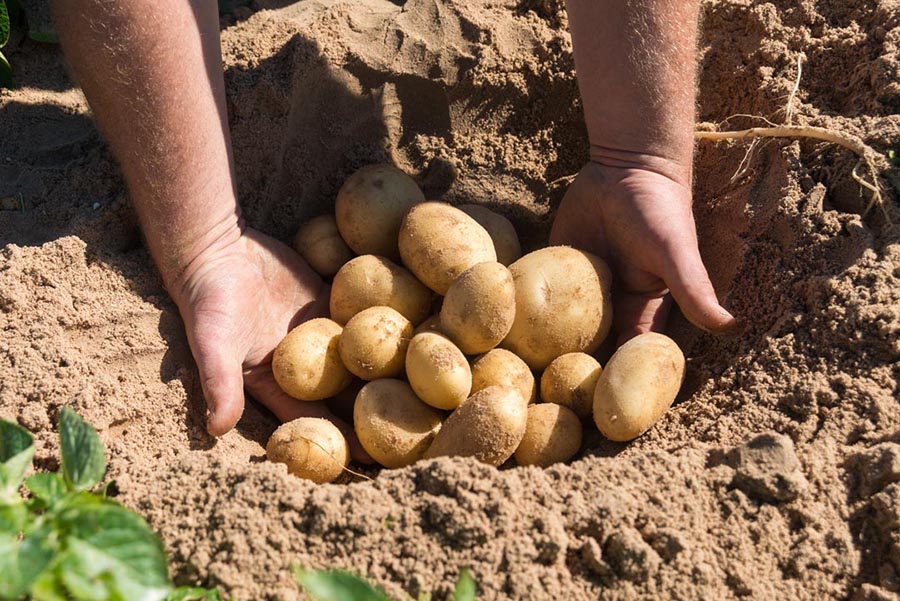 Potatoes South Africa (PSA) believes that the people of Mzansi all have one common staple in their households, POTATOES. Yes, we all call it different names: in the Western Cape it’s referred to as tjips; aartappels for farmers in the Free State; poh-ta-toe for the snobs in the burbs; or izambane if you are in the hood. If there is one common denominator, it is that South Africans love the taste, versatility, convenience, and value for money of a good potato.

It is this love for potatoes that has sparked Potatoes South Africa to launch a new campaign under the tagline Amazambane for Life – I LOVE POTATOES. Amazambane is a Zulu word which means potatoes and “for life” relates to potatoes’ numerous health benefits.

The campaign is aimed at educating South Africans not only about the health benefits that potatoes offer, but also to showcase the versatility of these spuds and highlighting the different role-players involved in the process of growing and bringing our favourite staple to our plates.

“We want South Africans to reconsider their relationship with potatoes, especially in the face of so many families struggling to feed themselves because of the economic downturn caused by the recent pandemic. This campaign will highlight the importance of achieving a balanced diet using potatoes. But we will also look at how we can push for the sustainability and longevity of this staple,” says Immaculate Zinde, Marketing Manager at Potatoes South Africa.

She says when considering how versatile potatoes are, it is easy to see why they make the ideal starch complement in the fight against hunger.  Potatoes have become such a big part of our lives and are consumed daily in different ways from mash, to boiled, steamed, baked or roasted and the all-time favourite “slaptjips”.

“It is this versatility that has earned potatoes the moniker, ‘inkosi yokudla’ (king of all food groups). But potatoes are also packed with nutrients. One potato, about the size of your fist, has only 110 calories and is loaded with important nourishments like potassium, fibre, vitamin C, and complex carbohydrates. They are naturally fat-free, cholesterol-free, and contain no sodium. Potatoes are among the top sources of potassium, a vital energy source for the body,” explains Zinde.

Potatoes also contain antioxidants, which according to the World Journal of Cardiology prevents the formation of harmful free radicals, which are reactive atoms that can accumulate in your body and contribute to chronic diseases such as heart disease, diabetes and cancer.

The Amazambane for Life campaign will also look at the economical bearing potatoes have on the South African landscape. Potatoes South Africa is the mouthpiece for the potato industry and operates as an industry association representing in excess of 500 producers with 16 production regions to ensure that potatoes are available all year round across the country.

“The increase in per capita consumption of potatoes in South Africa over the past ten years affirms that the investment in market access and development, as well as generic product promotion, is bearing fruit,” says Zinde.

Potatoes South Africa strives for the systematic development and environmentally friendly outlook of the potato industry, including, inter alia, the preservation of the soil and water resources, the maintenance and improvement of the fertility of the land, and improvement of production and marketing methods.

“In terms of its role in the potato industry, Potatoes South Africa operates as an industry association and its structure represents a network of participating role players and individuals who are involved in various forums and committees. The vision of Potatoes

South Africa is to build a viable potato industry in South Africa and the Amazambane for Life campaign will assist us in doing that,” concludes Zinde.