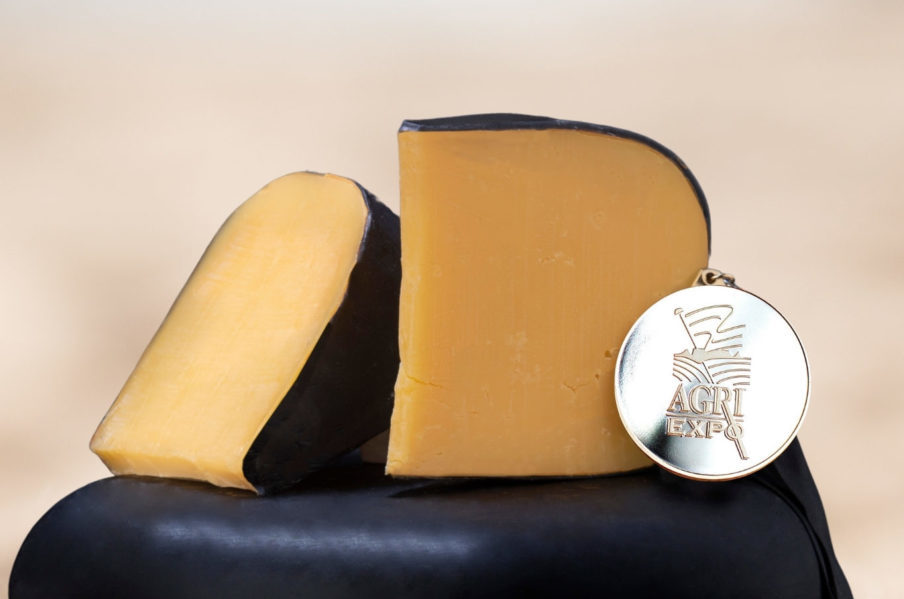 Lactalis South Africa’s Mature Gouda (10 months), a cheese made especially for Woolworths, was crowned the South African Dairy Product of the Year for an unrivalled third time at the 2021 South African Dairy Awards on 26 March. This achievement is a first for the SA Dairy Championships and the 2021 accolade is also the fourth time in five years a product made by LSA has claimed the top Product of the Year prize at this prestigious annual dairy event.

The Gouda, an aromatic and full-flavoured cheese made at LSA’s Ladismith Plant, was one of almost 900 dairy products from 68 producers entered for this year’s event.

Apart from the main prize, LSA secured two of only eight Qualité excellence awards at this year’s event. The Qualité mark of excellence is only given to the crème de la crème of the entries and LSA was awarded Qualités for its Président Mature Gouda (6 months) and the 10-months Matured Gouda produced for Woolworths.

Marek Warzywoda, General Manager: Lactalis South Africa (LSA), says his team is overjoyed at seeing the choice Mature Gouda they produce for Woolworths named as the Product of the Year for an unprecedented third time.

Herman Janse van Rensburg, LSA’s Business Unit Manager: Cheese, adds that the 2021 results also means that it is the fourth time an LSA-produced product has claimed the overall top award in five years. “Team LSA’s hard work, dedication and ambition to produce top quality products have once again paid off. We are immensely proud of our 2021 SA Dairy Championships performance.”

Both men also complimented Agri-Expo on organising “yet another successful SA Dairy Championships and Awards”. The event has been presented by Agri-Expo since 1834 and it is the only major dairy championships in the world that took place in 2020 and 2021.

Dairy expert and chief SA Dairy Champs judge Alan Fourie describes a product being chosen as Dairy Product of the Year in a competition of this nature as the dream of every cheesemaker. “That the honour befalls this year’s winner for the third time is exceptional. The 10-months Matured Gouda made especially for Woolworths is a product that has stood the test of time and it is proof of the continued use of excellent ingredients.”

*LSA is home to quality and trusted brands such as Président, Parmalat, Melrose, and Steri Stumpie, as well as Bonnita, PureJoy, Galbani, and Aylesbury. LSA is part of the international Lactalis Group.