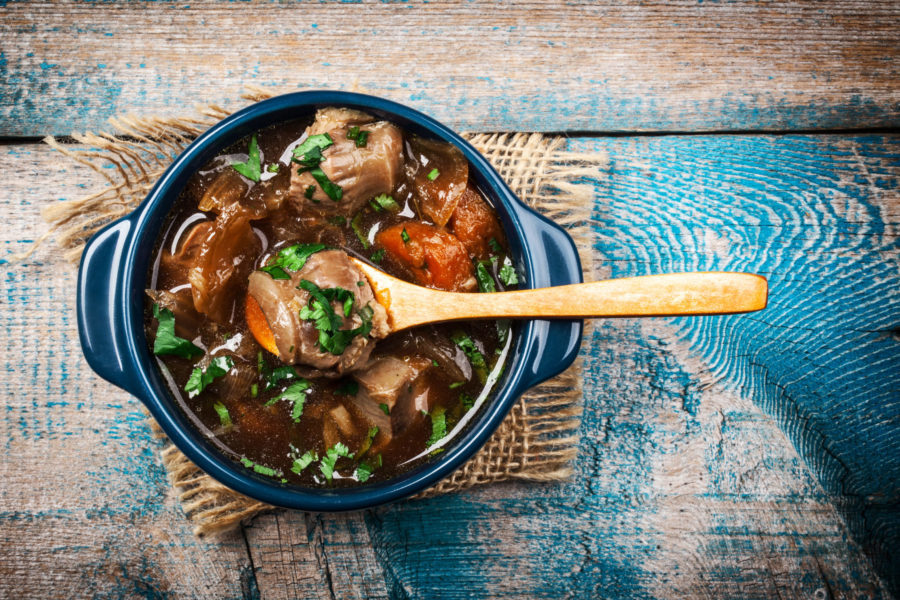 • Increase in meat eaters in South Africa, with 46% eating meat daily
• Plate composition is consistent with last year with no movement towards more vegetables and less meat
• Kids even more likely to eat the same as their parents , so there is unlikely to be a change in future behaviour without intervention
• Vegetables perceived as healthy but people are eating less variety than before and have not increased the quantity on the plate
• Accessibility of healthy food improved, but affordability is a more of a barrier than ever before

Knorr released findings from its 2021 study on ‘Understanding the eating habits of the SA population’compiled by market measurement firm, NielsenIQ, during the annual Plate of the Nation virtual roundtable event 2021. The report aims to understand the eating habits of South Africans and the challenges they face in adopting to a balanced plate. The report also provides a view on the improvement of South Africans’ accessibility, attitude and behaviour towards foods.

Based on factors affecting consumer behaviour since the start of the Covid- 19 pandemic, the study found that many South Africans are giving up luxuries and focusing on the buying of necessities with cost being the primary consideration. According to the Nielsen report, with the ongoing declines in household income, and being financially worse off due to COVID-19, South African consumers’ current ability to spend is much lower (66%) than global average (48%) as such, people consider healthy food to be accessible, but rather expensive.

The Plate of the Nation study is based on an in-depth questionnaire conducted amongst the South African population aged 16+ comprising males and females of all races within the LSM 1-10 in urban and rural regions in South Africa.

To understand the composition of the plate as well as understanding the attitudes towards food, what is consumed and the link to health; the study found that:

·         South Africa’s health status of non-communicable food related diseases remain consistent from (14%) the previous year, 82% claims they are not suffering from any non-communicable diseases.

Knorr would like to help South Africa move towards a better food future by providing stakeholders,  retailers and consumers with information regarding how and what the nation is eating and how it impacts on South Africa’s eating journey.

“Changing the way in which we eat should happen in increments and steadily. When I began my journey to eat better, I abruptly became a vegan, which resulted in my body taking a knock. I know better now, and it’s about making small changes like adding more veg like legumes to my plate that help the body to adapt to eating better”. Concluded Mpoomy Ledwaba, Eativist and Influencer.

The pandemic has had an impact on food choices

The decline in household income due to COVID-19’s effect on businesses has left many South African consumers financially worse off. As such, this has created a situation where people are eating whatever they can afford. This in turn means that children are more likely to eat what their parents eat. While other people consider healthy food to be accessible, it is also considered to be expensive, as more people still have a low understanding of what a balanced plate looks like.

With people trying to eat healthy and consuming essential foods, there is a decline in the consumption of luxuries and treats such as chocolate, sweet biscuits, nuts and popcorn. Consumers are focusing on essential foods and opting to bulk buy to fit within their financial means. Consumers have deemed fresh food, staples and dairy to be essential foods but eat meat on a daily basis.

The accessibility of healthy food

The study further reports that information seeking from friends and family, as well as health professionals, has declined with social media becoming more of a key information source as people are confined more to their homes. The exponential growth of e-commerce has been another factor that contributed to the growth rate of unemployment, as brick and mortar businesses were declining due to retailers finding ways of doing business online while still adhering to the lockdown regulations.

The tough economic atmosphere in South Africa due to Covid-19 has led to the decline of -8% in the Gross Domestic Product (GDP) growth, leading most South African to prioritise spending on food products. Although 83% of South Africans believe food prices are increasing, they buy in bulk or on promotion to combat the higher costs. Consumer confidence remains low due to 68% of the respondents feeling that their financial situation has worsened while 52% only have money for food, shelter and the basics.

In efforts to help get South Africa to eat better and adapt to eating in a way that is good for them, some additional findings in the report included recommendations on the ideal plate composition:

“We are far from the ideal plate as vegetable composition should be 33% of the plate and we at 14%, with small changes to our plates we can collectively move towards reaching the ideal plate composition. We want people to know that they can make an impact by simply changing what they eat and it starts with what’s on their plate. Food businesses have a huge responsibility to educate the masses about eating better for a balanced plate.” says Vuyo Henda, Foods Southern Africa Marketing Director – Unilever South Africa

About the study: The Plate of the Nation study is led by Knorr to help South Africa move towards a better food future by providing stakeholders with information regarding how and what the nation is eating and how it impacts South Africa’s health. It also aims to help create a source of information that stakeholders can tap into in order to shape the health of the nation.

About Knorr: Knorr’s passion for better cooking and eating goes right back to the brand’s beginnings in 1838. Knorr is proud to be the 8th most chosen FMCG brand in the world (according to Kantar World Panel) and Unilever’s largest food brand, with a yearly sales value of over 4 billion Euros. Knorr products are sold in nearly 90 countries around the world and the products are chosen 3.1 billion times per year, in 379 million homes annually. The brand is committed to providing easy-to-prepare, flavourful recipes that are good for people and the planet. The 14,000 recipes on Knorr websites inspire more than 26 million consumers each year. Knorr’s purpose is to reinvent food for humanity with the ambition to get food that is good for people and the planet on seven billion plates by 2025 via Future 50 Foods