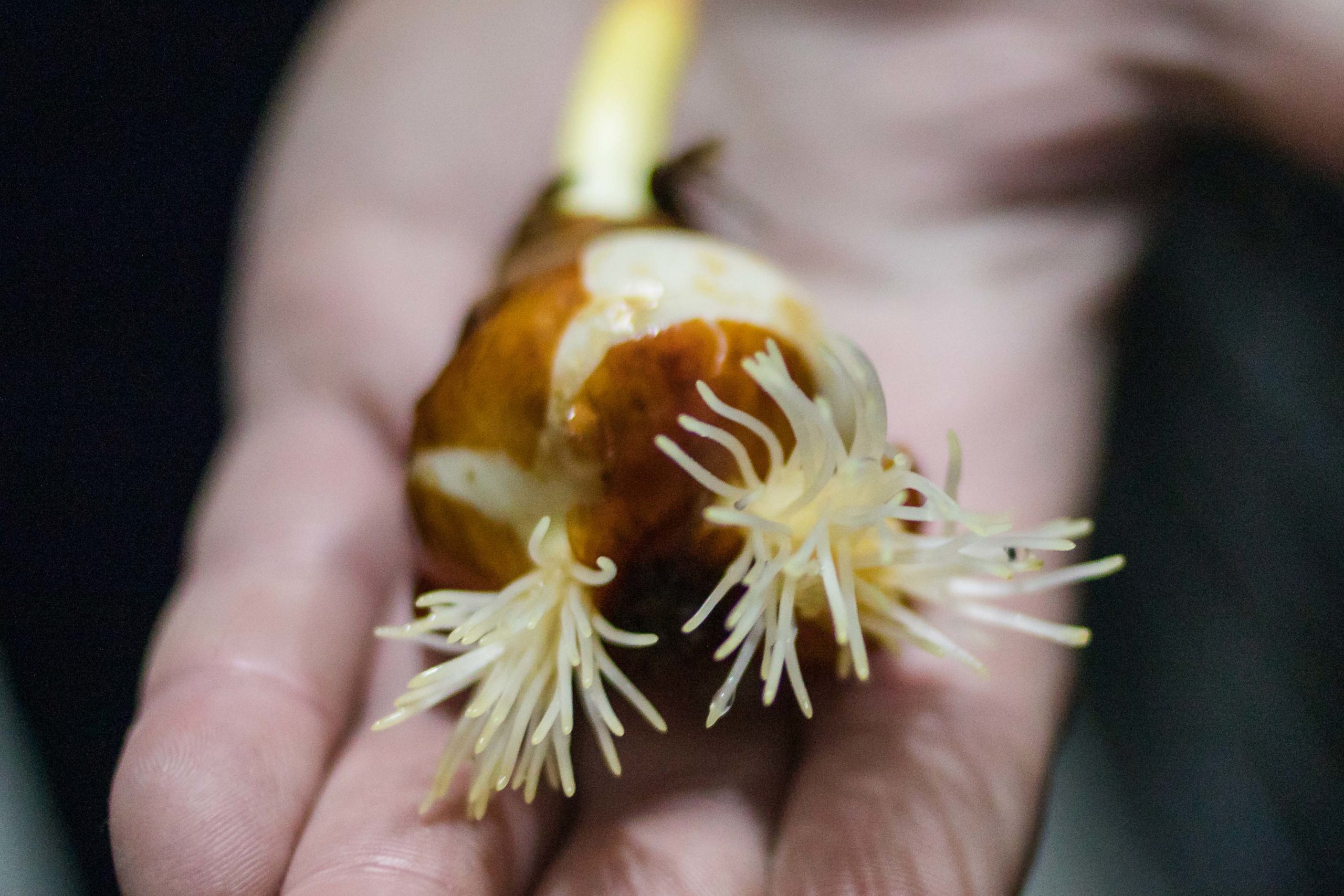 Tulips. The word evokes images of Delft ceramics, wooden clogs and windmills – everything that is quintessentially Dutch. But just outside Rawsonville, where the road meanders off in the direction of Stettynskloof, stands the only tulip farm of its kind in Africa.

Tulips have a long history as seasoned world travellers. This Persian wildflower made its way to the Netherlands hundreds of years ago – via Turkey, where it was extensively planted in the sixteenth century. The flower so resembled the folded turban or “tulbend” worn by the Turks, that the Dutch called it “tulipan” which was later shortened to “tulp”. Throughout the ages and across continents, tulips have always symbolised perfect love.

We meet up with Bloomia’s General Manager, Adriaan van Wyk, at the greenhouse and he walks us through this agricultural “business in a building”, starting at the cooled warehouses where tulips are packed for the market. “Our bulbs are imported from Holland, as well as from Chile in South America where Bloomia also has a plant,” Adriaan explains. It isn’t cold enough in South Africa to grow bulbs. The imported bulbs are second generation flowers that have already been harvested once,” he explains.

Each bulb contains a female germinator with a perfectly shaped flower in it. He breaks one open to reveal the tuber at its centre. A bulb produces only one flower, after which the bulbs are composted. “We can’t put the bulbs back in the ground as it’s too hot for them to germinate here. And unfortunately, it is too expensive to send them to the Netherlands and back,” he says. The bulbs undergo temperature treatment and arrive at the nursery in their G-stage, or growth stage.

Next we visit the rooting room which is cooled to a teeth-chattering 9 to 10°C to mimic the Dutch climate. Rooting takes place with bulbs placed in crates on water. Crates are stacked on top of each other and a few thousand bulbs can take root in an amazingly small area. “There is absolutely no soil in our entire growth system,” Adriaan stresses. “We only use water.”

After two weeks, the crates are transferred to the greenhouse, where the stems grow at 18°C until the flowers are ready to be harvested. The older the bulb, the faster it blooms. Flowers are generally harvested after seven weeks, when the buds begin to show their first colour. According to Adriaan, the secret to buying tulips is to buy the bunch as green and closed as possible, as tulips continue to grow after they have been cut. So, they just get bigger and more beautiful in the vase.

FARM IN A BUILDING

The entire production cycle takes place in one building of 1 600m² which includes warehouses, cold rooms and a glass house. Bloomia supplies about 3½ million tulips a year to the local market. Woolworths is their largest customer and buys about 85% of their production. The balance goes to wholesalers, florists and floral designers. There are thousands of different tulip varieties and over time the company has learned to select and cultivate the best varieties of specific colours. According to Adriaan, there is no such thing as an unpopular colour but white is probably the best seller, thanks to the high demand for weddings. They grow more red tulips for Valentine’s Day, white, pink and purple for Mother’s Day, and red and white tulips for the Christmas season. In addition to the classic tulip form, they also grow a peony tulip which is very popular because the fuller flower head has significantly more leaves. They also cultivate new varieties with frilly-edged petals, such as the Purple Crystal and the red-yellow Davenport.

As far as sustainability is concerned, it’s a case of “compare yourself to yourself” because the nursery is one of a kind in Africa. “We keep the greenhouse clean, so there are no pests and therefore no need for pest control. I have never used a drop of poison,” he says. They are constantly trying to reduce packaging and the plastic that is used, is recyclable. Water plays an integral role in this farm and the entire operation is relies on borehole water.

This type of farming is not without its risks or challenges. The flower industry is extremely competitive. Roses are still the most popular flowers and chrysanthemums are also sought after for their long shelf life. A hydroponic plant is highly dependent on electricity and generators are not a viable alternative. “It costs too much to cool large cold rooms and a glass house with fuel,” says Adriaan. The volatile Rand also has a direct impact on the price of imported bulbs. In addition, a big storm gave the greenhouse an ugly blow in 2012. “We went through a very rough patch,” says Adriaan. A bulb supplier also let them down and the business was in an extremely difficult position because it could not produce.

Adriaan made his sums and talked to a new Dutch bulb supplier, after which Bloomia bought the greenhouse. “They are fantastic people to work with,” he says of the Dutch multinational. Adriaan attributes their success as a farm to having good relationships with great partners. “We are also very proud of our relationship with Woolworths. I couldn’t ask for a better business partner. “

Adriaan and his team of 15 have come a long way together. “Most have been with me from day one. We really try to live up to the Bloomia values,” he says. Rather than a standard employer-employee relationship, they try to create a family setting. The company pays school fees and uniforms for employees’ children and supports learners who want to study further. “If the next generation wants to work here, we would be happy, but we want to offer them an alternative to manual labor,” he explains.

This former submarine commander in the South African Navy exchanged the confines of an underwater vessel for a multicoloured flower farm. I ask Adriaan what he enjoys most about being a tulip farmer. “It’s such a privilege to work with my wonderful team, to farm in an alternative and environmentally friendly way and, of course, to brighten people’s day with a beautiful bunch of flowers!”