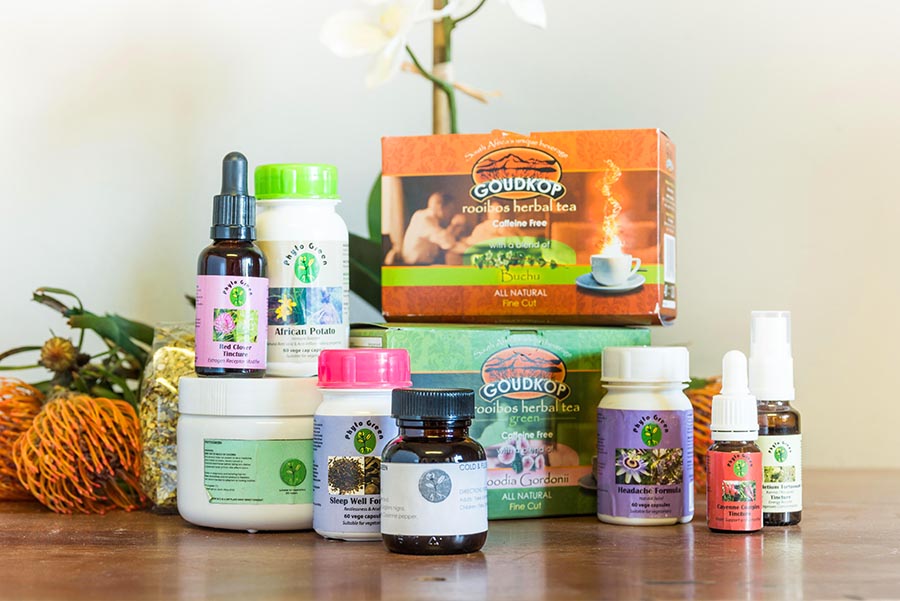 The Sandveld’s Verlorenvlei valley is known for its potato circles and unique place names, which can often be traced back to the first inhabitants of the land.

An old map in Hennie van Zyl’s office bears the farm name Schrik van Rondom in the original Dutch. Stories about the origin of the name abound but according to Hennie, it dates back to an era when burgers of the Cape Colony trekked through the interior. “The Khoisan would hide behind Goudkop and surprise trekkers as they rounded the koppie, demanding a fee before allowing them to pass. The name comes from the fright (skrik) the Khoisan gave them as they rounded the hill,” says Hennie.

Hennie was born and raised in the valley. He started farming on small parcels of land that a neighbour made available to him. He subsequently worked as a farm manager on a nearby farm, before buying Skrik van Rondom with his brother in 1997. Hennie and his brother eventually split the farm and today Hennie farms with his two eldest sons, Erasmus and Klein Jan, while his youngest, also Hennie, is doing a gap year in the USA.

The Van Zyl’s farm with potatoes, rooibos tea, sweet melon, sheep, cattle and game. But it’s Hennie’s hobby that earned him the title of doctor of the Sandveld. It started when Hennie fell ill fifteen years ago. “I was swallowing bucket loads of pills and told my wife if I don’t make a plan, I’d kick the bucket!”

A NEED TO HEAL

He searched the internet for homeopathic remedies, including old indigenous remedies. Hennie researched the healing properties of herbs and spices, as well as electromagnetic body scanning to determine the presence of parasites. Hennie’s Rife scanner takes pride of place on his desk and with a large store room filled with shelf upon shelf of herbal pills, tinctures and concoctions, Skrik van Rondom’s office resembles a country pharmacy.

“People call me from all over South Africa,” says Hennie. His herbal range, Phytogreen, is distributed to chemists and health stores countrywide. Cancer bush pills are his biggest seller. The bush is endemic to the area and Hennie used to grow his own, but now purchases it from farms in the area.

Phytogreen’s cancer bush pills contain cancer bush, ginger and leaves from the wild olive tree. Hennie’s thinking often echoes the traditional remedies of our ancestors. He promotes the use of Epsom salts and castor oil to cleanse the digestive tract, bicarbonate of soda to cleanse the liver and maintain the body’s alkaline levels, cloves to kill parasites, and a combination of cloves and cayenne pepper to thin the blood by up to 95%. He feels strongly about the negative effects of certain medicines, for example that cortisone depletes the body’s calcium stores. I was amazed that a potato farmer from the Sandveld could remind me of Gwyneth Paltrow of Goop fame, but Hennie and Gwyneth are equally outspoken about the effects of anti-inflammatory medicines on the system.

“If you absolutely have to drink a painkiller, rather drink paracetamol,” he advises. More than anything, he detests the artificial sweetener, aspartame. “People think they’re doing the right thing by drinking soft drinks with less sugar but then they consume more aspartame, which is far more damaging than sugar. There are numerous scientific studies that support the assertion that aspartame is carcinogenic.” Hennie is also very particular about salt. The entire farm may only consume pink Himalayan salt as Hennie has found that other salts contain artificial ingredients.

While in his office, Hennie hooks me up to the Rife scanner to scan my system for parasites. “It doesn’t look too bad,” he proclaims after a few minutes. I spot a few unwelcome internal guests on the report but Hennie brushes it off. “Be grateful you don’t have slugs in you!” I purchase a large jar of cancer bush pills and two small bottles of his incredibly potent flu shot. It’s a heady mix of herbs, garlic and pure vodka. If it doesn’t cure my next bout of flu, it should at least exterminate a few parasites. Hennie uses only vodka as the base alcohol for his tinctures. Although brandy is often the preferred choice in many traditional cures, the high sugar content is not ideal for diabetics. “It has to be clean alcohol – like vodka – and we use only Russian Bear,” says Andrea Smit, Hennie’s assistant in the office and the pharmacy.

Hennie doctors everyone on the farm. Erasmus says his dad’s herbal remedies work surprisingly well, although he’s cautious about the flu shot. A previous attempt at downing the potion resulted in it exiting through his nose… Hennie’s farm pharmacy is truly fascinating but with the sun setting, it’s time to head over to his other great passion, the game farm.

A PASSION FOR GAME

Skrik van Rondom spans 1035 hectares of which 100 hectares are mountainous. This is where Hennie established Goudkop Bush Lodge in 2010, with sweeping views of the Verlorenvlei valley. Goudkop’s camp manager, Jerry Beat, arrives in a safari truck to take us on a game drive. We see eland, kudu, springbuck (copper, regular and black), sable, gemsbok, zebra, bontebok and wildebeest (blue, gold and black).

Although it’s a hunting farm, game roaming close to the lodge are curious rather than cautious. Potatoes and game might not seem like the most symbiotic of agricultural companions, but at Skrik van Rondom a game fence separates antelope from a potato circle in mid-harvest. Unlike cattle, game does not choke on potatoes. “They absolutely devour the potatoes,” says Andrea. “We also get oranges from Citrusdal that we chop up and feed to them.” On top of this “fruit salad” and a near endless supply of potatoes, Goudkop’s game also benefit from the Sandveld doctor’s own nutritious mix of Meester20, lucerne, serradella seeds and maize. Despite the increase in rainfall over the past year, the veld has yet to recover and animals are fed daily.

Jerry takes us on a Sandveld-style game drive. We pass a fenced-in field of rooibos tea – and yes, the kudus do jump over to nibble on this wholesome plant – with a majestic eland bull etched against a dramatic sunset to our right, and to our left a harvester ifting the last few rows of potatoes from a circle. This is one of five potato circles on Skrik van Rondom and we drive closer to see how Mondial potatoes are harvested.

According to Andrea, Mondials are the prettiest and most delicious potato variety. The farm also has its own concrete court for drying rooibos tea, where up to 30 tonnes of wet rooibos can be dried at a time, delivering 15 tonnes of dry tea.

WHEN THE CHIPS ARE DOWN

But it’s not just the animals that eat well at Goudkop. As the sun sets over the valley, Jerry prepares massive steaks for our dinner over the open coals, accompanied by the most delicious potato chips made with potatoes that were harvested the previous day. Jerry is also the farm’s resident butcher and caters to the needs of hunters. “I butcher the meat to their specifications and also make biltong and sausage, using either their recipe or my own recipe,” says Jerry. Eland is his preferred game as it is “big, clean meat”. Hennie and Jerry met 17 years ago outside Colesberg, where Jerry was selling wire art at the roadside.

“I asked Jerry if he wanted to come and help with the harvest. Seventeen years later he’s still here and he’s an absolute stalwart,” says Hennie. The lodge provides meals and accommodation to hunting groups. “We sometimes include a meat offering to entice hunters,” says Hennie. The flavourful meat and high fat content of their Meatmaster sheep is a popular choice with hunters for the processing of venison. Hennie is also in the process of establishing a Wagyu stud. “The Wagyu is for our gourmet hunters. With its superior fat marbling, it’s an even better option than lamb or mutton. And Wagyu is an unsaturated fat,” he adds. And the doctor should know…