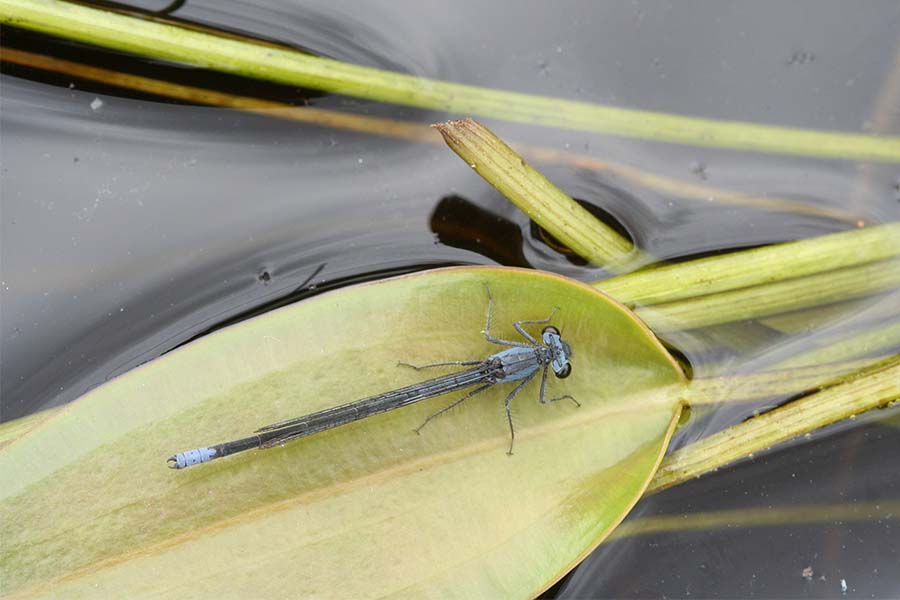 For humanity’s sake, people need to change their attitudes towards insects. They are essential for our wellbeing. They pollinate a third of our crops and help make a healthy living soil. We must protect them better and learn from ideas that have already been developed in South Africa and elsewhere to conserve them. So says Stellenbosch University insect expert Prof Michael Samways, lead author of a new review paper in the scientific journal Biological Conservation.

“We will never be able to conserve every insect population or even every species. That said, real, practical possibilities exist from across the world on how we can avoid further insect population loss and species extinction,” says Prof Samways, one of the founding fathers of the discipline of insect conservation.

Improved regulation and prevention of environmental risks, and greater recognition of protected areas alongside agro-ecology are also key.

“Protected areas can be extended outside proclaimed borders using large-scale ecological networks of interconnected conservation corridors, which has so far been highly effective for insect conservation in South Africa,” adds Prof Samways, a distinguished professor at Stellenbosch University and author of a new book, Insect Conservation: a Global Synthesis published by CABI in the UK.
Transforming global agricultural and forestry practices into more expansive, sustainable ones, in line with species co-existence, and mitigating climate change as also part of the solution.

“Above all, communicating with, and engaging civil society and policy makers, is essential for the future and mutual well-being of both people and insects,” he notes.

He says that with possible exception of concern over the loss of bees and pollination services, people do not value the role that insects play in nature and their usefulness enough. ”Luckily, civil society is increasingly becoming aware of the precipitous decline in insects and its severe consequences for planetary survival,” says Prof Samways. ”This is where insect icons such as butterflies, dragonflies and bees, popular media, natural history clubs, education, and citizen scientist activities can all play a major role,” he adds. Prof Samways believes such efforts are especially important in urban and peri-urban environments, where there is overall the greatest disconnect with nature yet the greatest concentrations of people.

”In rural settings, there is also great opportunity for better education, especially of the young and impressionable, who often actually educate the parents in matters of ‘our future’ and ‘small lives matter’,” he notes.

The new paper of which he is lead author is titled “Solutions for humanity on how to conserve insects”. It was compiled in tandem with another recent paper in Biological Conservation, entitled “Scientists’ warning to humanity on insect extinctions”. The latter discussed the perils facing insects, and how humanity is pushing many ecosystems beyond recovery. This includes habitat loss, pollution including harmful agricultural practices, invasive species that see no borders, climate change, overexploitation and extinction of dependent species. These all contribute to unquantified and unquantifiable insect extinctions. This could among others have a severe impact on food security, waste removal from the environment, and pest control.