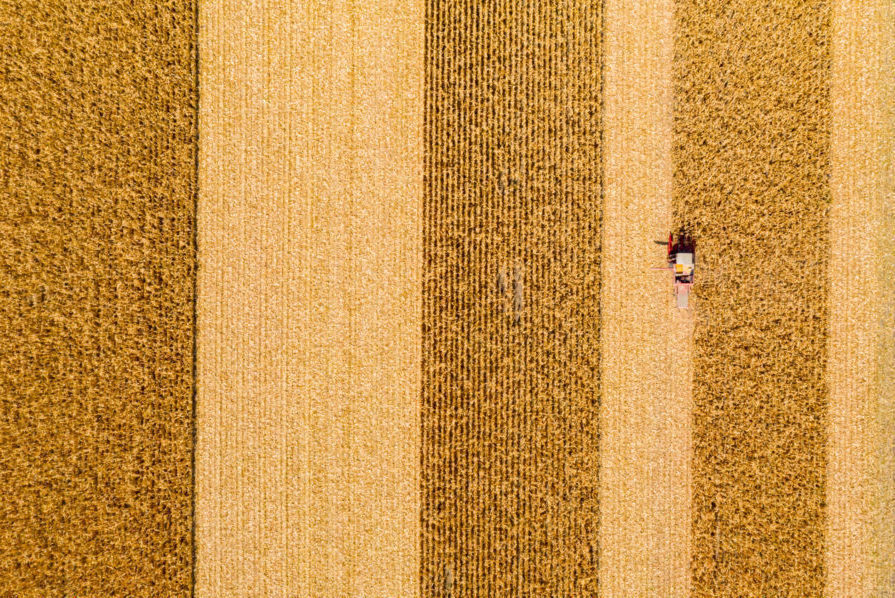 South Africa’s agricultural sector was the only shining star in the economy in 2020, escaping the effects of the Covid-19 pandemic relatively unscathed, with the exception of some industries e.g. wine, hunting and tobacco.

According to the latest economic growth figures released by Statistics SA production expanded by 13.1%. The sector has hit the reset button and after almost two gruelling years the sector is nearly back to normal.
The outlook for this year remains positive with favourable weather conditions and strong international demand for agricultural exports that will continue to support production growth.

The country experienced a record export crop for citrus – up 35% on 2019 – topping R26.6 billion last year. “We have good maize and oilseed crops in the ground with excellent prices.”

Maree says it is not a common occurrence to have a large crop and good prices in one year. In normal circumstances prices are driven down when there is sufficient supply in the market.
Commercial maize for 2019-‘20 increased by 36% year-on-year to 15.3 million tons.
Maize prices for 2020 remained at high levels of R3,400 per ton. Current estimates indicate a potential crop north of 16 million tons for the 2020-‘21 production season.
Oilseeds, sunflower and soybean crops increased by a whopping 16% and 6.4% respectively year-on-year at 788,500 tons and 1.25 million tons during the 2019-‘20 season. Prices reached record levels of R10,000 per ton for soybeans and just over R9,000 per ton for sunflower.
Maize export demands from countries, mainly China, increased last year as a result of supply chain disruptions caused by the pandemic. Production limitations in the US due to drier conditions resulted in higher corn prices which filtered through to our maize price.

SA also experienced increases in export demand from our neighbouring countries, notably Zimbabwe where our maize serves as a food source.

The livestock sector remained resilient, despite the Covid-19 regulations that saw the temporary closure of restaurants and the hospitality industry. Meat products destined for the local market were exported, supporting prices at relatively high levels, says Maree.
Demand for meat in the local market also remained relatively strong. “This bucked the trend. One would expect that during tough times meat consumption would be affected, putting downward pressure on prices. However, prices remained relatively stable, and even strong for some meat categories.”

SA had a good year for the production of cattle, sheep and small livestock such as goats. Livestock was able to graze following the good rainfalls. This reduced producer’s feed costs.
Maree says farmers were holding on to their stock to improve their conditions before sending them to the slaughter market. At consumer level, the latest meat price inflation for January 2021 is up 7.2% year-on-year.
Farmers with intensive livestock feeding systems, feedlots, poultry operations and piggeries experienced some margin squeeze, mainly because of maize prices. Grain (maize and soya) makes up around 70% of livestock feed. Fortunately, livestock prices remained relatively strong, cushioning producers against excessive margin squeeze.
However, reality is that bad times will come around again. Maree says when it does arrive financial survival rests on two main pillars – proper financial and production management.

This entails proper asset management practices, building up financial reserves during good times and proper succession planning.
FNB’s advice is to invest in “productive assets” that can be used in farming operations, and to factor in the possibility that interest rates may rise again. It may be quite tempting, but a new top of the range pickup is not an income generating investment.
“We have a fairly old fleet of tractors and farming equipment in SA. Now may be a good time to do some replacements,” says Maree.  Interest rates are still favourable for these acquisitions.
Livestock farmers may consider investing in the expansion of their herd; grain farmers may consider investing in a livestock arm of the business.
“SA’s farmers are getting older, and although there is a good ‘crop’ of new farmers entering the market the hand-over and the succession from the father to son is crucial.”

Maree says tax planning is crucial as it enables the farmer to make the right investment and expenditure decisions.

Diversification is not simply a buzz word in the agricultural sector. It is crucial for financial survival. This entails diversification on-farm, in the same district, in other geographical areas and in different product ranges. Farmers may even consider investing in, for example, a pack house to increase their footprint in the value chain.
The most extreme form of diversification is to exit primary agriculture and invest purely in a manufacturing plant. “All of this could offer a solid foundation for survival in tough times,” says Maree.
Adding value will cushion the shocks during turbulent times. The citrus farmer may invest in his own pack house, or add more value by tweaking marketing and distribution strategies.
Livestock farmers may opt to improve the genetics of their animals when engaged in stud farming, or they could become a partner in an abattoir or a butchery.
“Farmers who are successful in their diversification are getting more of the consumer-rand back into their own pocket.” Resilience, agility and flexibility are the cornerstones of robust financial and operational management practices.
Risks that remain on the horizon include expropriation without compensation, the imposition of non-tariff barriers to trade such as export bans and geo-political tensions, notably between China and the US.