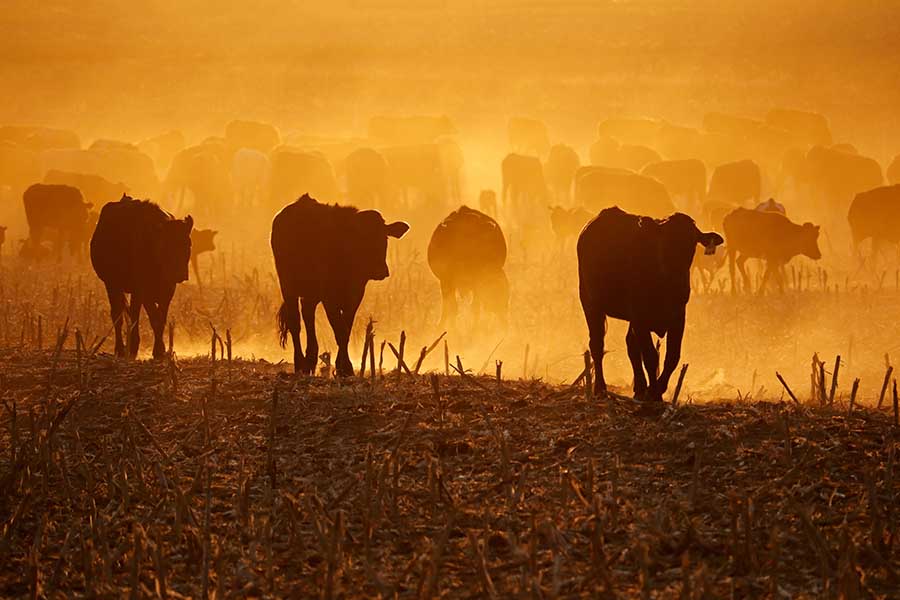 This was one of the interesting points that emerged during a panel discussion on Youth: technology and strategies for the future. (Nation in Conversation/Nampo Cape 2022).

Jan and Karla stressed the need to educate learners at school level about careers in agriculture. Agricultural institutions should better communicate opportunities in different sectors in the field.Since people will always have to eat, there will always be a need for agriculture. “Agriculture is a very lucrative career, this we have seen through the most challenging times”, says Karla. Organisations should start reaching out on a school level. Not grade 12 – start earlier. Tell learners to find that one or two things they are interested in. Even if they are interested in law, communications etc, there may be a place for the in the sector.”

Do we have enough capacitation programmes in place to help give people without inherited connections and generational wealth access to land?

“It took us a long time to get where we are and we still haven’t made it”, said Aviwe Gxotiwe, who is a sheep farmer. He farms livestock, chicory, lucerne and occasionally maize, in partnership with a corporate.

“You must pursue a multi-pronged approach. As a family we focused on the industry, built networks, built our expertise, and slowly the industry opened up.” says Aviwe.

He also gave an example of a group of friends (actuaries and doctors) who have investment schemes focused on agriculture. They each put in a few thousand rand a month, buy livestock, and put it on farms so that commercial farmers rent livestock that generates returns as well as growth. They invest a share of money and the land gets farmed for them. But he agrees that information/communication as well as the realities of finance are big obstacles for prospective farmers.

“In villages and townships you have various government programmes which are there but people do not know about them. (E.g a household fruit producing programme and the officers are supposed to let people know about it. Or a food security programme for emerging commercial farmers)

“But finance is not easily available if you don’t have assets. How we solved that is we rented a government farm on a five-year lease but we could not get finance for infrastructure. With the existing lease we did not qualify for finance so we lobbied as a farmers’ organisation for a 30 years lease for us and many other emerging farmers, and then we could get finance. Then we also partnered with people with expertise – the farming corporate that I partnered with has over 100 branches, commercial extension offices etc. Partnership is key access to info” says Aviwe

LAND EXPROPRIATION: THE ELEPHANT IN THE ROOM

Aviwe believes that as an industry we have to believe it’s an industry that can build the country. ”If we do that we’ll start to attract the necessary skills. It’s not about owning the farm or having access to land, it’s about what role you can play in the industry having the expertise” he says.

“Look at mining, not everybody who makes a living out of mining or a bank owns a mine or a bank – but those industries can say they are profitable enough to build you a career. So as in agri, if we can say we are an industry that can build long-term generational wealth without access to land then half of the problems we are talking about will disappear. But we do not have the industry articulating its voice that way. And that’s the problem. So everybody is focused on land. The only way we can get that right is if people like myself, like Gerswin, are successful – and that will attract people. We have to communicate success”.

Gerswin explained how organisations like PALS (Partners in Agri Land Solutions) forge a link between commercial and black farmers so that we follow the right channels and nobody gets disadvantaged.

“PALS is very innovative regarding partnerships, a unique company especially for us. We are growing daily and our business is doing well”.

Gershwin and Aviwe also agree that rural rejuvenation can help boost rural safety and growth. For example farmers who build schools and shopping centres in the district. People will stay. Young people will have a place to send their children. Farmers should not alienate themselves from their districts.

“Problems arise when agriculture is unable to articulate who we are and our people start thinking we are irrelevant. The media can play a pivotal role” says Aviwe.

Aviwe used his own farming operation as example: “We are a whole bunch of sheep farmers. Our sheep get sent away north… main consumers are along the coast. Why can’t we as a sheep industry lobby for investment opportunities in the areas we come from and create commercial hubs in the areas? It needs business people to see the value, lobby the government, and promote it as an industry where you can create success. We need the media etc. to make those small towns better.”

THE FARMER OF THE FUTURE

Data is said to be the commodity of the future. But what happens with the terabytes of data created by the thousands of sensors across your farm every day? On the modern farm the way data is managed and applied will be crucial for success.

Jan predicts that in the next ten or so years a lot of the tech assets on a farm will no longer be things you can touch. It will be firstly data. “Think about tech. I can guarantee you that object will collect data. So the question will be how do we collect, integrate and use data? If you look at the United States, all of those farmers say we are using multiple data sources to make decisions and companies that can interpret and apply the data. Farmers of the future are those who see data as an asset”.

Secondly: The way we approach agri in a changing world has to change also due to climate concerns and a shift towards what is seen as more earth-friendly ways of farming. (Especially if you are in the export business)

‘The world that is using petrochemicals for crop protection is coming to an end. The market for biological products is growing at 15 percent per year.” People in the EU are increasingly against petrochemicals. Amazing opportunities are opening. Examples are wasps that attack aphids. Predatory insects may become important in future. Who knows, maybe the future will see “Insect farms!”

Sign up for Grond tot Mond’s free Newsletter. The best of Grond tot Mond delivered to your inbox, including feature stories, photography and more. Click this LINK