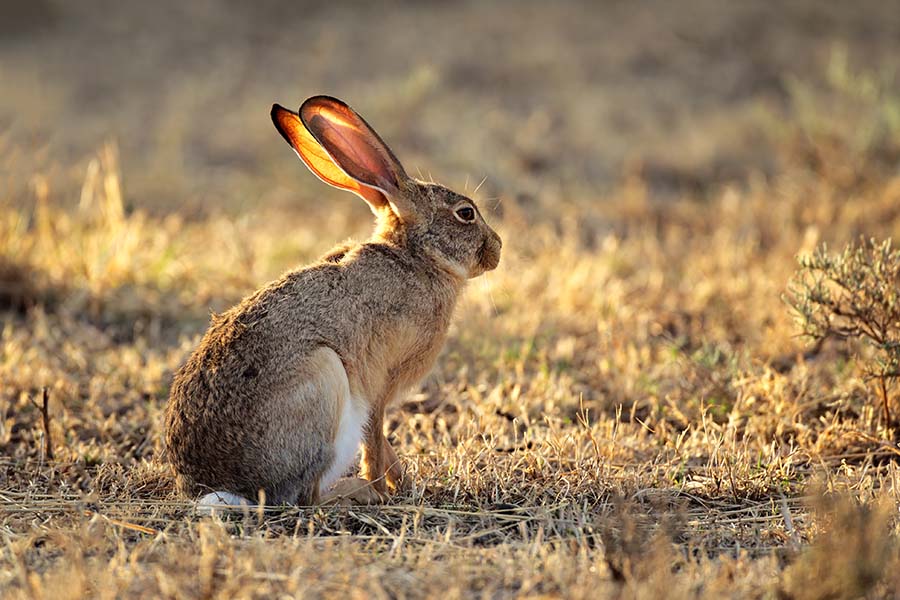 Unusual numbers of rabbits and wild hares have been dying in the Western Cape since the first week of November. This follows reports of deaths in hares in the Sutherland and Middelpos areas of the Northern Cape at the end of October. Samples have been sent for analysis and Western Cape Agriculture’s Veterinary Services is awaiting the results, but it appears that the deaths are caused by a highly contagious disease, to which South African rabbits and hares have no immunity.

Incidents have been recorded from as far afield as Beaufort West, Oudtshoorn and Durbanville. So far, affected species include the domestic rabbit, Cape hare, scrub hare and red rock rabbit. Dr Razeena Omar, CEO of CapeNature fears the impact on endangered species: “There is concern amongst conservationists that the disease might also affect populations of the riverine rabbit, which is already on the brink of extinction. This species only occurs at a few locations in the Nama Karoo and the Little Karoo and is threatened by habitat loss and fragmentation, illegal hunting and vehicle collisions.”

CapeNature and the Endangered Wildlife Trust are working together with State Veterinarians to monitor the spread of the disease. Members of the public are requested to assist by reporting any unusual deaths of domestic rabbits to their local state veterinarian. If wild rabbits or hares are found dead in the veld, the GPS coordinates, name of the farm and photographs of the animals can be sent to bonnies@ewt.org.za or mdevilliers@capenature.co.za. The carcasses should only be touched with gloves that are soaked in bleach (200ml bleach per litre of water) for at least 10 minutes after they have been used. Carcasses of wild hares and rabbits should be buried at least 1.5m deep, and at least 100m from marshes, dams and waterways.

Rabbit owners are urged to practice strict biosecurity and not to introduce any new rabbits, touch any other rabbits or allow visits from rabbit owners until there is more information on the disease. Any direct or indirect contact with wild rabbits and hares should be prevented and any second-hand equipment should be cleaned and wiped with bleach solution, which should be left to dry for at least 10 minutes before being rinsed off.

State Veterinary contact details can be found at: https://www.elsenburg.com/veterinary-services/animal-health-and-disease-control/