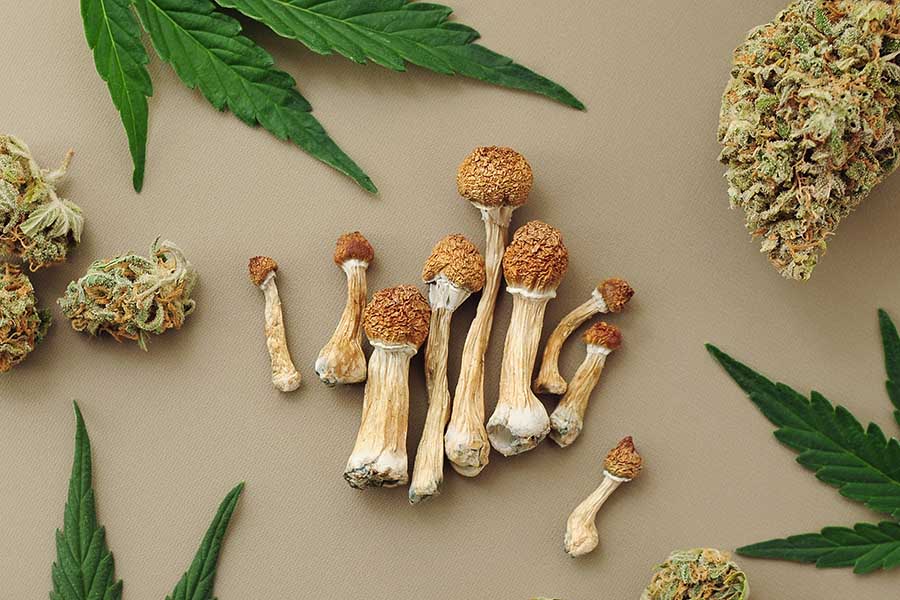 The market for medicinal mushrooms is set for a magical future, with growth in the next five to seven years expected to match or even surpass the medical marijuana industry. Craig Fourie, a mushroom maven with over 24 years’ experience, says the growth will largely be driven by Ganoderma lucidum, aka Reishi, and by Psilocybin-containing mushrooms.

lucidum, known as Lingzhi in China and Reishi in Japan, is an ancient species with the oldest known medicinal uses, and these include the support of cardiovascular health, the fighting of cancer cells and bacterial infections, viral protection, improved energy levels and brain function, the reduction of cholesterol and respiratory problems, the relief of allergies, and more. A quick search of ‘Ganoderma lucidum benefits’ on Google Scholar, the go-to place for peer-reviewed studies, present 11 500 articles.

Fourie says: “The greatest benefit of the Reishi mushroom is in its ability to improve immune function. A pre-clinical trial done on MG-LZ8, our Reishi extract, expressed a 43% increase in immune function over 48 hours, which is extraordinary. Our extract was sent to the Medical University in Louisville, Kentucky, and was analysed by the worlds’ leading expert in Glucan technologies – Dr. Vaclav Vetvicka, Professor of Pathology and Laboratory Medicine, Director of Research, and Vice-Chair for Research.

“Among the many incredible findings, one that drew my immediate attention, was that the extract was found to be completely non-toxic in vitro and in vivo (in laboratory tests and in living systems). The implications of this opens a world of opportunity for this incredibly powerful extract.”

Fourie agrees, and adds that, after experiencing the effects of MG-LZ8, many of his customers become more aware of the food they eat and the medications they take. “It’s imperative that you care for your gut biome, and that if you really need to take medication, such as antibiotics, that you take a probiotic to rebuild your delicate gut flora.”

PSYCHEDELIC MUSHROOMS HAVE THE POTENTIAL TO ASSIST WITH DEPRESSION TREATMENT

The medicinal Psilocybin mushrooms, aka ‘magic mushrooms’, in contrast to Reishi, are illegal in South Africa and many countries around the world, as they contain controlled substances such as psilocybin and psilocin. Based on research and trials already done by the likes of Johns Hopkins University School of Medicine, these same substances have shown potential to assist with the treatment of disorders like depression, post-traumatic stress disorder (PTSD), obsessive-compulsive disorder, cluster headaches etc., as well as in the treatment of addictions, like alcohol and smoking.

Psilocybin and psilocin represent a class of compounds with their primary effect on serotonin receptors, which include changes in perception and cognition. In the pharmacology literature, this class of drugs is called ‘hallucinogens’, even though they rarely cause hallucinations (in the sense of seeing or hearing things that are not there). Within other academic fields, the term ‘entheogen’, roughly meaning ‘spirit-facilitating’, is coming into prominence for this class of substances.

International research has shown a constant increase in the global demand for medicinal mushrooms in recent years, with a recent report indicating an expected compound annual growth rate (CAGR) of close to 13% for the period 2017 to 2023.

Fourie says there are many ways to grow Reishi mushrooms, yet he has chosen to explore methods that improve the natural production of pharmacologically active ingredients within the mushroom. His company, Mushroom Guru, have been cultivating their uniquely grown Reishi mushrooms since 2013, and have developed an extraction method that improves the active compounds found in the mushroom. Mushroom Guru’s MG-LZ8 extract has been developed into four products – a capsule, skin serum, targeted therapy drops, and a honey sachet (see www.mushroomguru.co.za).

“MG-LZ8 is the first pure and whole Reishi mushroom extract product in South Africa, and I believe it will soon be proven to be the most active medicinal mushroom extract in the world.” says Fourie.

BENEFITS EXTEND TO LIVESTOCK INDUSTRY AND BEYOND

Mushroom Guru is looking at using MG-LZ8 in the livestock industry to create immune-boosting products. Fourie has already had success with relieving colic in horses, mastitis in cows (bacterial udder infection), tumours in dogs and even COPD (Chronic Obstructive Pulmonary Disease) in cats. Mushroom Guru is looking to pioneer the development and use of medicinal mushroom extracts in this industry through collaborative ventures.

The South African market for medicinal mushrooms is still in its infancy. And this, says Schalk van Rooyen – a natural scientist and technical consultant for Laeveld Agrochem in the field of botanical extractions, plant feeding and the alternative use of plants – contributes to a stigma towards mushrooms and the healing benefits they offer. “We see a similar stigma towards the medicinal use of herbs, although there is already a growing acceptance.”

Van Rooyen, who has many years’ experience in natural product chemistry from his time at the CSIR, says the market for natural, medicinal products like medicinal mushrooms, has massive scope. “For one, Mushroom Guru has succeeded in developing a very concentrated extract from the Reishi mushroom, which has a heightened medicinal activity that aids in modulating the immune system and provides very strong anti-inflammatory properties.”

THE FUTURE IS ALL ABOUT SCALABLE FARMING

Niche- and micro-farming operations like Mushroom Guru have grown in leaps and bounds in South Africa. Many of these, including Mushroom Guru, have made their way to Laeveld Agrochem’s award-winning Nisboere TV-programme on DStv’s VIA channel. The programme is currently recording its fifth season and will start airing early in 2020.

Corné Liebenberg, Laeveld Agrochem’s marketing director, says although the group’s focus is primarily on the commercial side of agriculture, they also endeavour to get involved in niche-farming practices that offer the opportunity for ordinary people to participate in, and which do not necessarily require a huge capital outlay and farming space.

“Niche-farming is the answer to farming in South Africa and indeed worldwide, especially since climate change and its unpredictability will increasingly hinder effective farming on a large scale. Niche-farming normally involves greater scalability on a smaller area, and I believe it will increasingly become a model for future farming,” Van Rooyen says.