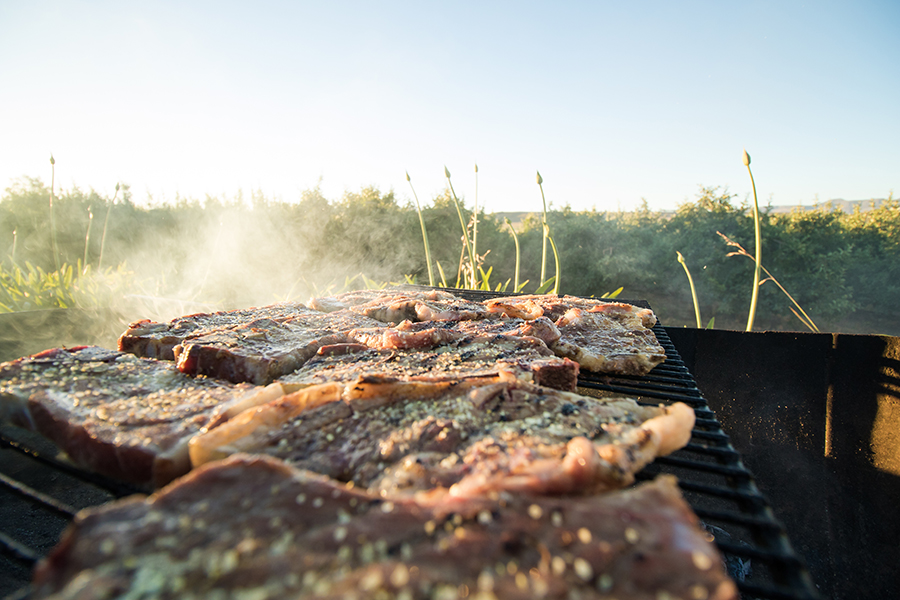 With Christmas only five weeks away, the current trend in meat prices signals prospects of expensive braais during the 2020 December festive season.

Seasonal demand for meat remains solid and has outweighed the relatively higher slaughter rate in the livestock complex, which would normally have resulted in lower prices due to the increased availability of the product. The pace of livestock slaughter has been relatively strong with cattle, sheep and pigs number slaughtered way above the 2019 levels.

At this rate, the monthly consumer price inflation for meat is expected to remain sticky on the upside relative to last year in the next Statistics South Africa (Stats SA) update. The meat CPI increased by 4.4% y/y during September 2020 in the last Stats SA release.

The A grade beef prices have for the first time breached the R50/kg mark due to higher demand and are currently over 15% above the 2019 levels. Good grazing conditions due to rains in some areas bodes well for prices in the medium term as producers will hold on to stock for a bit longer. However, other areas are yet to recover fully as evidenced by recent fires in parts of the Free State. The current strength in beef prices is likely to be maintained as we head closer to the festive period. Nonetheless, farmers wouldn’t necessarily smile all the way to the bank as the combination of the relatively high weaner calve prices and the elevated grain prices squeeze feeding margins in the short term.

At current levels, lamb and mutton prices are 28% and 40% higher respectively relative to the 2019 levels and are 15% and 16% above the 3-year average for this time of the year. We expect prices to retain the sideways trend but with further upside in the short term on improved seasonal demand. The post-Covid-19 long term demand outlook however remains a concern given the high prospects of the weak economy and subsequent contraction of job numbers.

The upswing in the pig market continued with pork producer prices retaining levels above R30/kg due to the resilient demand and tighter volumes. Prices are now 15% and 9% higher from the 2019 levels respectively for pork and baconers and are both sharply higher by 37% and 36% relative to the 3-year average for this time of the year. The current uptick in pig carcass prices will continue underpinned by renewed demand as we approach the festive period. The rising maize prices in the near term and consequently higher feed costs however remains a concern as they will reduce producer margins.

Unlike other meat types, the situation with chicken is that its product categories show a mixed trend with downward pressure for fresh whole birds while the frozen whole birds and IQF strengthened relative to the 2019 levels. Higher feed costs have significantly narrowed producer margins, thus necessitating upside pricing in line with red meat but in a competitive trading environment where this cheaper source of animal protein is often used as a loss leader.

All intensive livestock categories face high feed input cost pressures as yellow maize prices, a major feed ingredient, averaged R3 342/ ton in the last three months which is 24% higher year-on-year (y/y). This was underpinned by the strong export demand despite a huge harvest, with China accounting for 28% of total exports for the 2020/21 marketing season.