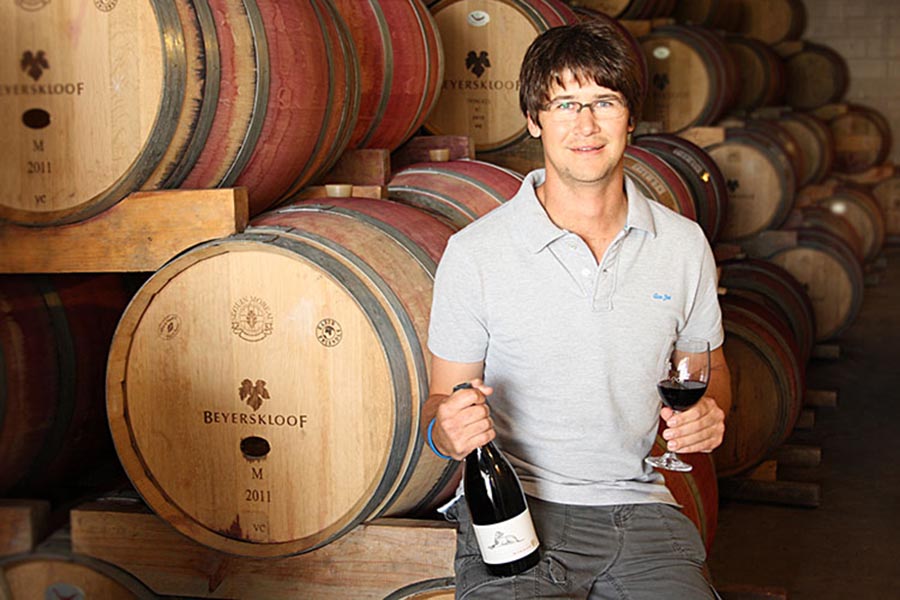 Currently, there is quite an excitement around Pinotage, but this was not always the case.  When Abraham Izak Perold cross-pollinated Pinot Noir with Cinsault, the controversial history of Pinotage was born.

The critique Pinotage received in 1977 on an international scale did the cultivar a lethal blow which almost saw the whole South African production and cultivation of Pinotage scrapped from all vineyards in South Africa.

This unique cross was unfamiliar to many palates, and its singularity had not brought it any fame or glory. But in a quiet corner of the Stellenbosch Winelands,  a vanguard rose to champion Pinotage.

“We never gave up on the cultivar in the beginning when we didn’t understand it. Initially, the quality of the wines was poor, but a lot of research was done on Pinotage in the vineyard and in the cellar.” – Francois Roode of Diemersfontein Wines.

In 1991 the global spotlight turned back to Pinotage when Beyers Truter in 1991 won the IWSC (International Wine and Spirit Competition) Robert Mondavi Trophy for Best Winemaker in the World. This was the first year Beyers used new oak with Pinotage. “I learnt the technique from Frans Malan—who was doing it way before me.” Proud moments for Beyers was when his son, Anri Truter, won the Diners Club International – Young Wine Maker of the year, as Beyers did, 25 years before. In 2018 Anri Truter won the IWSC Trophy’s for best Pinotage as well as best Blended Red Wine at the show.

I asked Anri Truter a couple of questions:

1. How long have you been working with Pinotage?

“Basically, my whole life but officially as a winemaker 15 years.”

2. What has been your greatest challenge and reward working with this cultivar?

“Pinotage is amongst some of the red grape cultivars which have a very high pH and because of the grapes high pH, the wine has a greater chance of bacterial spoilage. pH is a however problem we can fix during fermentation and in the cellar. The greatest challenge is to get the Anti- Pinotage drinkers to taste current Pinotage’s. There is a big difference in the Pinotage you find in the market now compared to many moons ago. The wine now is much more approachable with good fruits, balance and length. Then the biggest reward is seeing people enjoy our Pinotage and making memories while doing it.”

3. Does your Pinotage reflect specific characteristics due to its terroir? What are they?

4. What is the greatest misperception there is about Pinotage?

Purchase these wines from Wine Village – Hermanus and support local.

www.winevillage.co.za | winevillage@hermanus.co.za | Open 7 days a week, for tasting and sales.