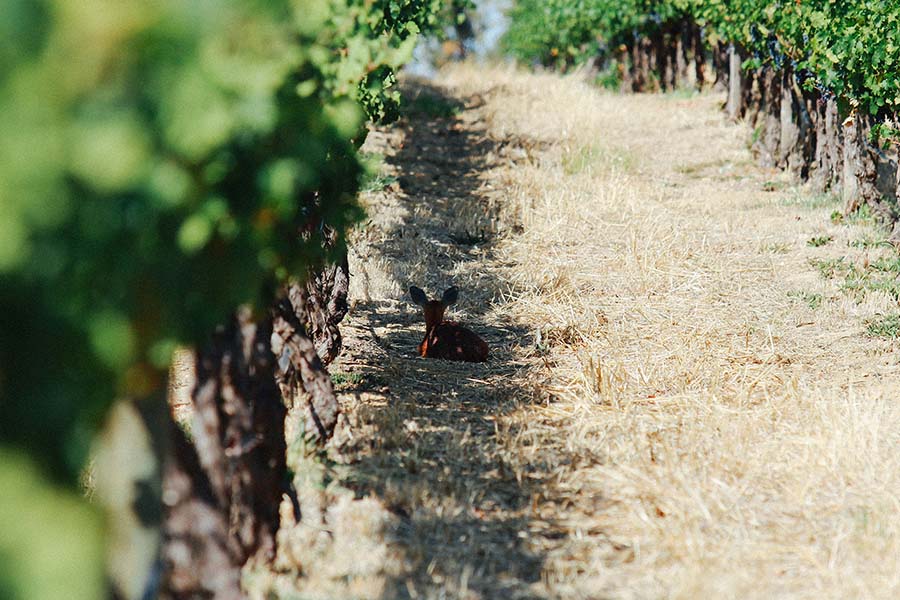 Consumer demand for more naturally produced wines that taste just as good as more familiar products has seen the organic wine sector rising to meet the challenge, both globally and at home.

Certified organic wine came onto the market just a few decades ago, but it has taken a lot of time to gain the respect it deserves from both winemakers, who have not always been prepared to put in the cost and effort to farm differently, and consumers, who were not always sure they were getting a quality product.

At first, there was an acknowledged trade-off between eco-friendliness and quality and availability, and conscious consumers and critics alike had few good things to say about the lack of choice. The result was that organic wine somewhat missed the rising tide of interest in all things organic, and winemakers have had to work hard over the past few years to prove that their wines are just as palatable as their sulphite-rich counterparts.

But much has come to work in organic wine’s favour – its inherent purity of taste, and the charm of its winemaking traditions, combine with a rising environmental imperative. Pesticide-free grapes are considered more distinctive and aficionados cannot resist the lure of artisanal wines with clear terroir. Recent research also favours the flavour of organic wines, indicating that the product may finally be reaching a ‘tippling’ point in the market.

Farming for the future

The reason people are increasingly turning to organic wine is because – as with organically produced foods – they offer the unique selling points of being health-focused and more environmentally sustainable.

“There’s an underlying philosophy to organic wine farming that has to do with sustainability and farming for the future,” advises Tania Kleintjes, who has held the position of organic winemaker at Spier since 2016.

“It is an expensive way of farming, with a rigorous accreditation process – but when a winemaker chooses to go this route, consumers know that they are doing so with the environment in mind. As with growing organic strawberries or apples, which come at a premium, it’s the planet that wins.”

Up-and-coming young winemakers are also intent on boosting the biodiversity of their vineyards because this approach has been shown to yields real benefits.

South African organic wine is indeed finding its moment, and is more than holding its own in the top awards arena, both locally and internationally.

Spier Wine Farm, one of the oldest in Stellenbosch, is a global leader in organic wine production. Spier’s organic wines have consistently been praised by consumers and critics alike. The range has received 42 industry accolades to date, most notably a Gold from the prestigious Concours Mondial de Bruxelles and 4.5 stars in the John Platter Wine Guide for the First Stone organic red blend; Gold at the Concours Mondial de Bruxelles for The Yellowwood organic red blend; and a coveted John Platter Wine Guide 5-star rating twice over for the Farm House organic chenin blanc.

The team at Spier has increasingly realised that it makes sense to invest in these award-winners, which have thus far only been available in the farm-based tasting room or online. The farm now plans to meet demand by making these wines more readily and widely available.

“We believe the time is right to introduce our increasingly popular organic wines to market, through wine boutiques and at supermarkets. We are investing heavily in our organic vineyards, which currently span 20 hectares at Spier and 62 hectares at Nooitgedacht, the latter being a Spier-owned farm in Paarl,” says Kleintjes.

Spier’s earth-friendly ethos is increasingly appealing to consumers, along with its transparency regarding what goes into the wines – something that helps to increase consumer trust. “I believe that one should interfere in the winemaking process as little as possible,” Kleintjes states. “This is also the view of our Spier cellarmaster Johan Jordaan. Such non-interference allows the unique Spier terroir to be expressed in all its richness, nuance and complexity.”

Spier’s method of organic farming creates a self-regulating, natural ecosystem in and around a vineyard, eliminating the need for anything artificial or inherently toxic.

“Here, we farm as naturally as possible, without chemical fertilisers or pesticides, and 100% of our organic waste is transformed into organic fertiliser,” explains Kleintjes. “We follow sustainable practises – such as planting cover crops to provide a habitat for beneficial insects that are the natural enemy of problem species, as just one example. Further, at Nooitgedaght, cattle browsing in the vineyard vicinity feed on the root systems of the cover crop, meaning it spreads faster and is more effective against problem species than if it was cut down using machinery.”

Organic wine is here to stay

The results of this approach are appreciated in the bottle. Importantly, organic wine isn’t just a trend or a fad. It’s not new; in fact, winemakers such as Kleintjes have spent years creating rich, palatable wines that can meet the most rigorous standards.

Levels of compliance have been agreed upon the world over. Look out for the label of certification on your favourite organic tipple, as this means an independent and reputable third party has certified it ‘organic’ by carrying out an annual audit. Spier, of course, achieves its organic certification by complying to these rigorous vineyard and cellar standards.

And organic wine doesn’t have to replace the wines consumers are used to – there’s always a place for innovation in the industry. Now that organic options are earning recognition, and producers are competing ever more aggressively for some of the most coveted international awards and accolades, the standards are set to soar even higher…