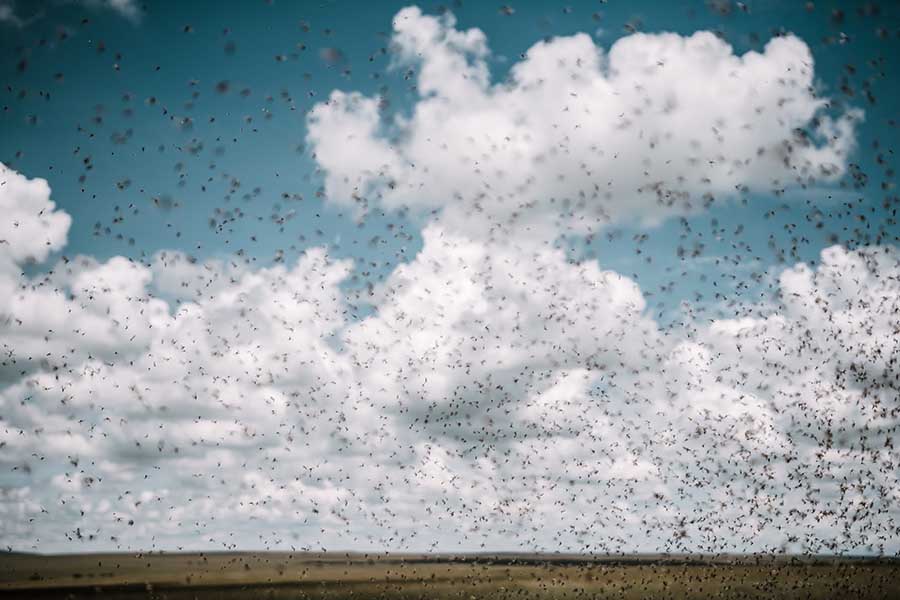 Non-payment of locust fighters a disaster. Some officers have not been paid for six months, says Agri SA.

The institution has written to Minister Thoko Didiza requesting an investigation into the non-payment of  critical service providers in midst of the worst locust outbreak of the past 25 years.

“If no action is taken, government could lose the services of vital locust officers even as millions of hectares of crops remain in danger of extensive damage as a result of the ongoing crisis.”

Agri SA has repeatedly alerted the Department of Agriculture, Land Reform and Rural Development to the problem of delayed payments to locust officers, the people directly responsible for pesticide spraying.  “Moreover, the fuel allowance has not been adjusted since 2013 and, with the current record-high fuel price, locust officers now find themselves in dire financial straits.”

In March 2022 the Department of Agriculture, Land Reform and Rural Development has led a weekly JOC meeting to coordinate the efforts to eradicate the locust outbreak that has affected more than 24 million hectares of agricultural land in South Africa.

Agri SA has used this forum to provide weekly reports compiled by its provincial affiliates on the status of the payment backlog. Despite weekly requests for the matter to be investigated, no action has been taken.

As a result of the Department’s inaction, some of the locust officers have now sought legal counsel. Agri SA is particularly concerned that the current situation will not only cause locust officers to withdraw their services, but will also undermine the department’s future ability to contract service providers to fulfil essential functions in future crises.

The weekly JOC meeting scheduled for 8 June, where this crisis could have been addressed, was cancelled as officials take leave.