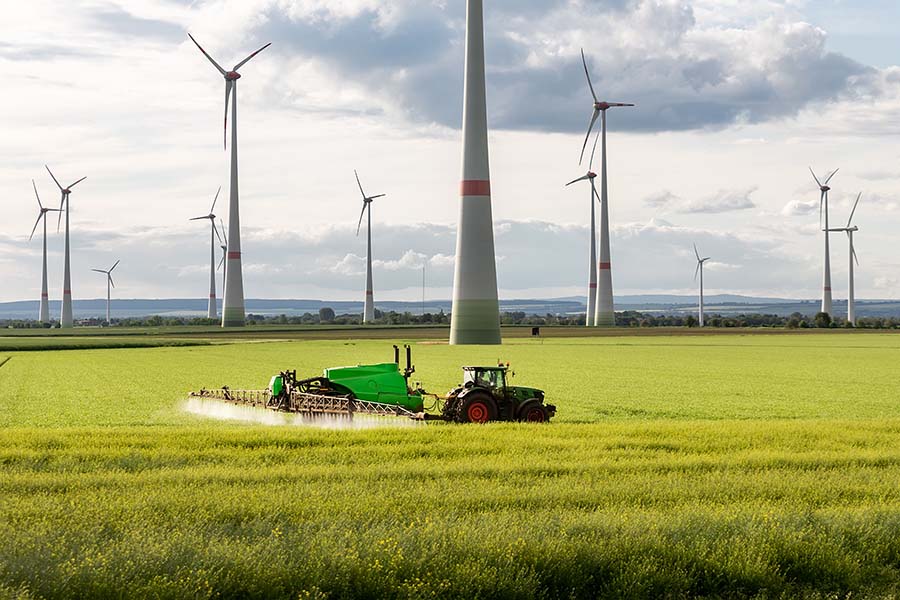 The European Union is serious about reducing their carbon footprint and introducing more earth-friendly pest control. Reuters reports that Denmark’s agricultural and forestry sector must reduce greenhouse gas emissions by 55% and 65% by 2030 compared with 1990 levels.

“With a binding goal, we ensure that the agricultural sector delivers a historically high reduction and that we focus on plant protein, pyrolysis and organics,” said Minister for Food, Agriculture and Fisheries, Rasmus Prehn. The new legally binding target is part of the government’s action plan towards reaching 70% reductions by 2030, one of the most ambitious climate goals in the world.

Denmark is looking at taxing farmers 1,125 Danish crowns ($159) per tonne by 2030 for companies subject to the EU Emissions Trading System (ETS). Meanwhile, EU consumers also demand reducing the use of harsh chemicals and fertilisers.

Will these measures blow over to Africa?

Quite justifiably we may ask: if our government should ever consider the same, how will regulations be enforced?  Can we even enforce old, existing laws against pesticide use – especially near water? Can we enforce any law?

Another question is: how would the South African government assist farmers to reach such ambitious goals? You can’t be green if you are in the red. In Denmark, roughly $593 million of state funds would be funneled towards the sector’s green transformation. South Africa has formulated a very ambitious general national climate and energy policy to reduce the country’s carbon emissions with 42 % by 2025.  Information on Danish-South African cooperation on renewable energy and efficiency can be found on the ministry of foreign affairs information page.

But the answer is clear that for now, South African market demands still differ widely from Denmark and the same matrix cannot be applied here.

However, The Danish government says it will target companies both in and outside the EU’s carbon quota system. So, farmers who want to produce for the high-end market or export to EU countries, will therefore have to explore more low carbon farming methods as well as alternative pest management options.

“There are a few pathogens being sold commercially, such as virus, fungi, nematodes and bacteria + parasitic wasps and predatory beetles.  If you look on the following websites, you can get an idea of what is used for which pest in which crops: Koppert South Africa, BioBee South Africa, Vitalbugs, RiverBioScience, Biocontrol Products (BCP) (just some of them).

Although not technically termed biocontrol, there is also mating disruption. The use of pheromones to prevent matings. One is the Sterile Insect Technique (SIT) (there are two facilities in SA doing this); and then mass trapping. This entails using lures to trap insects en masse in traps that are more environmentally friendly and do not make use of pesticides (except the latter, but the pesticide is containerized, not sprayed on crop).”

From the perspective of fruit industries, there is quite a bit of research on the use of Entomopathogenic nematodes and -fungi on fruit pests. Many strains are not yet commercially available though. We do research to support the above techniques, such as SIT, and the other techniques. For example, we assess pest status via taxonomic and molecular studies, to ensure that the control methods work – for particularly cryptic species (where there are complexes of species making up one single species). We test various rearing methods so that certain insects can be reared in mass rearing facilities (for use as either biocontrol agents or the SIT). We also do various supporting projects, where we use machine learning and AI to model pest distributions in order to understand infestation processes better.

Farmers can start to make money out of growing and selling carbon offsets. Hemp farming and carbon credits is one example. This is already a lucrative business in the United States. Carbon offsets are transacted on the very new (and very complex) carbon offset market.  According to the World Bank there are 68 direct carbon pricing instruments operating as of June 2022 in 46 national jurisdictions around the world. These comprise 36 carbon tax regimes and 32 emissions trading systems (ETS). These are tradable-permit systems which set a cap on the amount of greenhouse gases that can be emitted. Businesses and entities have the flexibility of buying and selling emissions units.

The SouthAfrican Bioproducts Organisation or SABO exists to develop the agricultural bioproduct industry and to regulate the activities of participants in accordance with international best practice and relevant legislation. It explains:

Bioproducts are defined as naturally occurring living organisms (bacteria, fungi, nematodes, insects, plants) and extracts of living organisms, used to control pests and diseases, enhance growth of, and protect plants and animals. Biocontrol agents is the use of living organisms, such as insects, or bacterial and fungal pathogens, to control pest populations. Biostimulants are products that stimulate natural processes in the plant or roots to reduce the need for fertiliser, (enhance nutrient efficiency) and increase tolerance.