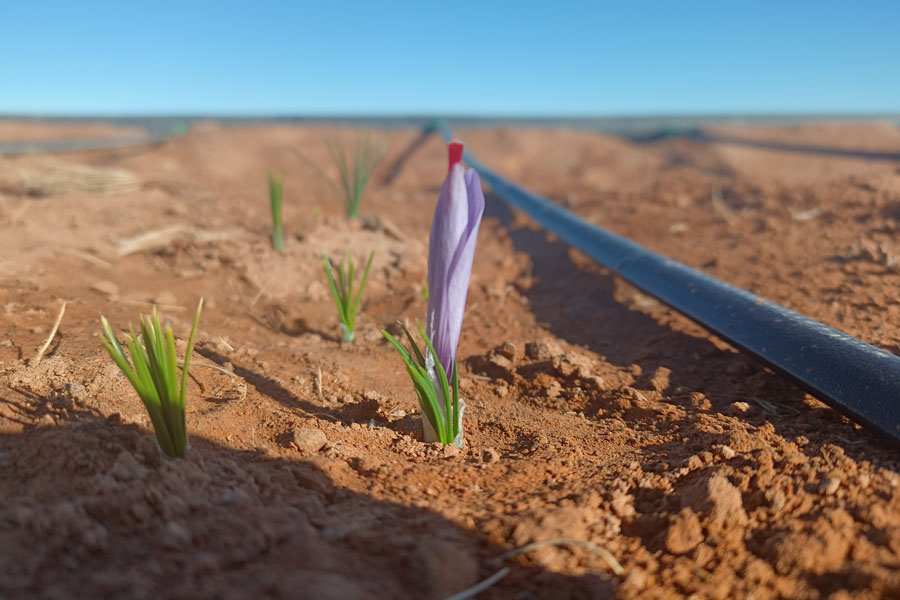 The benchmarking exercise included the retailer’s own branded imported saffron as well as saffron products imported from Spain and Iran, the latter being the world’s largest producer with a market share in excess of 90%.

The assessment criteria were visual appeal, the balance between taste and flavour, flavour intensity, texture and mouth feel. Saffricon’s product was the only contender scoring eight or more out of ten in each of these categories.

Saffricon founder and director Bennie Engelbrecht says the benchmarking results corroborate what they have said all along. “The saffron we grow in South Africa has a distinctive flavour and aroma. Along with our recently acquired ISO 3632 classification, it provides further evidence of our consistent commitment to exceptional quality,” he explains.

Engelbrecht points out that Saffricon’s aim has always been to become a significant player in the world market, in terms of both quantity and quality. “The testing clearly demonstrates that our quality is tops. In terms of volume, we are set to start producing serious amounts of saffron within the next eight to ten years,” he says.

Corné Liebenberg, marketing director of Saffricon partner Laeveld Agrochem (LAC), says the testing results confirm that it was the right decision to start cultivating saffron in South Africa with a view to building an industry aimed at the export market.

Liebenberg points out that saffron is not only a high-value spice; it is also a relatively low-risk crop that can be cultivated on as little as a quarter hectare of land. “This makes saffron ideal for commercial farmers who want to diversify while creating an optimal opportunity for the millions of South Africans wanting to branch into agriculture on a small scale and eventually earn a good living.

“Our first priority is to assist people to grow their own produce and put food on the table, which we already do through various projects. But getting involved in saffron farming goes a step further in that it allows prospective farmers to earn their own income and become self sufficient,” Liebenberg explains.

Saffricon has sold about 385 saffron trial packs to prospective farmers in all nine provinces as well as Botswana, Namibia, Lesotho and Zambia since its introduction last year. The purpose of these packs is to allow farmers to test the viability of saffron cultivation before considering farming on a larger scale. Each pack contains approximately 500 to 700 prepared corms as well as a plant and grower’s manual, fertilizer, Agri Technovation support via LAC, a NviroTek and Agri Technovation soil analysis kit and access to the MYFARMWEB platform to monitor data.

There are currently 12 commercial saffron farmers on board that have planted from as few as 1 000 corms to as many as 600 000.

Liebenberg says a total of 20 million corms have been planted to date. Once a year, under favourable conditions, each corm multiplies underground about three times. “To put this into context; one hectare planted with corms will have enough corms by year four for 24 hectares of planting,” he explains.

Another highlight for Saffricon was its first growers’ conference which was held in August and which saw the launch of the Association of Saffron Southern Africa (ASSA). Engelbrecht describes ASSA as an umbrella organisation serving as custodian for the Southern African saffron industry. “It is crucial we have an overarching body to oversee the industry, especially as more saffron farmers come on board and the industry grows,” he explains. The association will be supported by an interim committee to promulgate its constitution and ensure that everything is in place for the official commencement of its duties.

Engelbrecht adds that it is vital for prospective farmers to buy their corms from an entity like Saffricon that offers essential support for the successful cultivation of saffron. “Quite a few new growers have already burnt their fingers. This highlights the importance of an organisation like ASSA which will be introducing accredited corm suppliers to prospective growers,” he says.

Liebenberg says buying corms from Saffricon, the trailblazers of the South African saffron industry, ensures that growers have access to the preeminent player in the local market. “Growers who buy their corms from an ASSA-accredited supplier like Saffricon are also guaranteed the buy-back of their harvested saffron,” he adds.

Incubation program to be launched

Saffricon is also in the process of initiating the Saffron Incubation Program (SIPS) which is aimed at community and government funded projects. Saffricon will provide training and support over an extended period of time to ensure the successful rollout of the program.

Saffron is by far the world’s most expensive spice which is why it is often referred to as “red gold”. Locally it retails for as much as R250 per gram or R250 000 per kilogram. This lofty price tag can be attributed to labour-intensive harvesting methods, from picking the flowers to removing the threads, which is all done by hand, in addition to which about 150 000 flowers are needed to produce one kilogram of “red gold”.

Engelbrecht says Saffricon will pay local farmers up to R100  000 per kilogram for top-grade saffron. “We want to establish and maintain a high-value product. Therefore, it is essential that farmers are adequately compensated for high-grade saffron,” he explains.

On 1 October Saffricon opened its order books for the 2023 season. Options include corms of various quantity for commercial production, the trial pack and the gardener pack which is aimed at growers wanting to plant a few corms in their garden for personal use. For more information, visit Saffricon’s website at saffricon.com.

The new order season also saw the launch of Saffricon’s Saffron Red Gold Experience, a luxury package consisting of one gram of South African saffron, a custom-made mortar and pestle and a tweezer engraved with Saffricon’s logo.