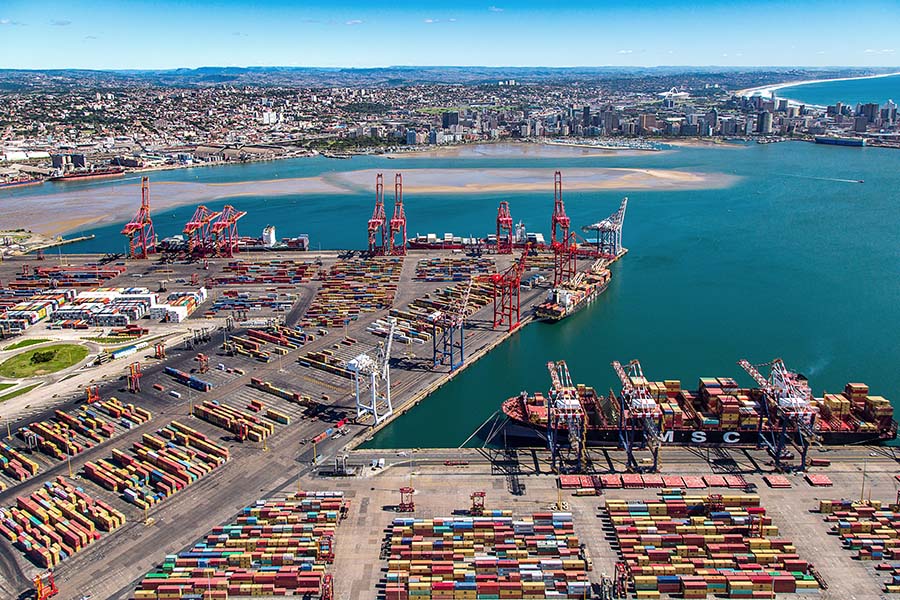 There are a lot of challenges in the South African farming sector that keeps farmers awake at night, but fears that we will “go the route of Zimbabwe” are ungrounded.

The AFMA Symposium 2022 kicked off on Tuesday with keynote speaker Wandile Sihlobo, Chief Economist, Agbiz, South Africa. Sihlobo is of the view that South Africa’s agriculture Master Plan is on the right track and that government has realised the enormous importance of the agri-sector – not only in employment creation but in food security.

Sihobo is well placed, with his finger on the pulse of where government really stands on land reform. He was amongst others, appointed as a member of President Cyril Ramaphosa’s Presidential Economic Advisory Council in 2019 after serving on the Presidential Expert Advisory Panel on Land Reform and Agriculture between 2018 and 2019.

“What I think is if we listen to the politicians; there is somewhat a change of perspective. They acknowledge the importance and that land reform has to be more peaceful and productive.

“In South Africa, agriculture has come up as one sector saying it can lead the growth and employment that we so badly need as the SA economy. I think the government is right to be optimistic. Because looking back over the past decades, look at the great gains. SA agri has more than doubled and beyond. There is rising exports and trade and improvement in productivity: use of tech and machinery; also on the manufacturing level.  Also biologically we’ve seen improvements in seeds and livestock production.

“Look at the numbers from the 90s to today. As a government you not only see growth but also job creation-  860 thousand people work in agriculture. In processing; 400 thousand – put together 1,3 million people get employment in this sector.

“A lot will come from the government to not limit agricultural progress.”

He touched upon the dismal global picture that to most of us is already well known, and is to a large extent out of everybody’s control.

“We first need to put SA in a global context. Global growth is still in a tough environment. Looking into 2023-2024 and even a year after it looks like the global economy will still be constrained.

“Even Japan, US – all are showing a slow down…important since they are some of our important trading partners.

“The SA economy on its own… the picture is not looking well this year with growth at 2,1%. This means that the SA economy on a macro level is also not in a position to create the employment that we need.”

Even though after Covid and monkeypox many economies are again functioning, some countries like China are on alert for any disruptions in supply chains.

“With the Russia-Ukraine Conflict, there is disruption in the animal feed industry/grain economies and higher commodity prices. We are also seeing inflationary and rising oil prices as a result of the Russia Ukraine war. As a producer in the animal feed industry you see inflationary pressures coming on very strongly.  We see an increase in interest rates – meaning the cost of capital for farmers’ business is rising.”

“Then apart from geopolitics, there is climate change.

What should South Africa be doing?

On the export side we’ve become frustrated saying the government is not doing enough. Yes, a fair point. “But to say nothing is happening I’d say is a misjudgement. The SA government has done a lot to open markets…. SADEC, EU, UK, African free trade. But there is work that needs to be done. Our productivity has expanded much faster than our trade platform.”

He mentioned alternative markets such as India and China that can be grown.

Government and the private sector can focus on these areas. Sihlobo is of the view that lots of livestock can come into the value chain in collaboration with colleagues already in the industry.

Whether the insights will help farmers sleep better is uncertain, but at least it seems as if the government is aware of the importance of the sector and the problems it faces. Meanwhile, South African farmers, fresh from the blow of a foot-and-mouth outbreak, and for lack of a crystal ball, are waiting for ANC’s elective conference in December.  It is generally believed (wrongly or rightly) the result will determine what will happen to the economy and investor confidence.

Wandile Sihlobo is the author of “Finding Common Ground: Land, Equity, and Agriculture.”

The AFMA Symposium 2022 theme, The Future of Protein – Staying Relevant!,  is exploring the changing face of consumer preferences and perceptions about the consumption of animal protein.

Nation in Conversation: How Putin’s war impacts the bubbles in beer